It was like going back in time to good old 1985 when the Pirates took to the court after a prolonged absence.They were all there: Doc, Marty, Biff and even Mr. Strickland was there to ensure things ran smoothly and nobody stepped out of line. 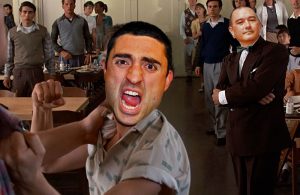 While they may have lost a bit of speed and athleticism since they last played, the team still had the same desire to ball, if somewhat tamed by the occasion of being their first game in almost four years.

Although not the first to score, the Pirates got off to a good start in the opening quarter, keeping pace with their opponents, the Ring Stingers. It was clear that the Pirates were apprehensive about their start to the season but were determined to ease their way back into the rhythm of life.

For their part the Stingers were a formidable unit with a mostly new lineup from their time in the CMG the years before. Their sizable forward line included Ian Barons who brought down 14 rebounds, 10 of those at the defensive end. 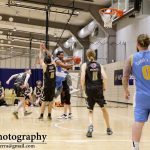 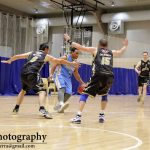 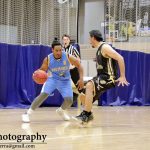 Wreaking havoc on the Pirates throughout the match was star point guard, Laina Matautia. His 11 points, 6 rebounds, 2 assists and 1 steal had the Pirates struggling on the best means to defend him. His ability to get to the bucket caused all sorts of headaches for the Pirates and it was perhaps only bad luck that the Ring Stingers didn’t walk away with the win on account of his solid performance.

The Pirates used the second quarter to build-up a healthy lead over their rivals thanks to some steals and defensive pressure courtesy of Dan Bray, Kel Dulihanty and rookie, Stephen Dillon. Their defence translated into points at the other end of the court as Dulihanty and Daryl “Daz” Jamieson connected with their three-pointers. 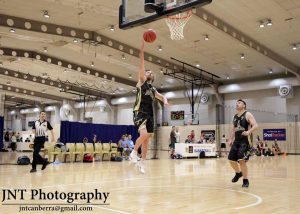 With the Pirates playing conservatively in the third quarter the Ring Stingers managed to close the gap through some much needed three-pointers from Russel Dungganon. Dungganon was 75% from beyond the arc proving that he can’t be left unguarded around the perimeter. 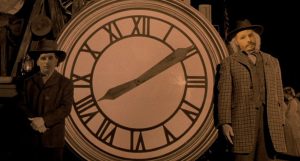 The game on the line, the Pirates needed to step-out of their conservative ways and return to the defensive style that gave them the lead in the second quarter. Further steals came from the Pirates guards which opened up the difference on the scoreboard to a healthy four-point margin with two minutes left on the clock.

Ring Stingers responded by increasing the pressure as they moved to a full-court defence that delivered some turn-overs that they just could not capitalise on. With the clock winding down, the Pirates held-on to win their opening game of the season 35 to 29.