Basketball fans were treated to a celebrity appearance by none-other than the Duke and Duchess of Sussex. As part of their Australian tour and the opening of the Invictus Games, snuck in on a Fredcom Basketball match between the Pirates and Meme Team, the latter going down 26 points to 40. 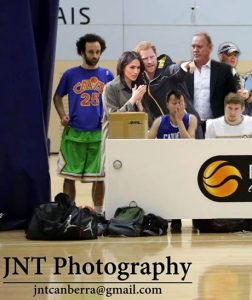 It was a reasonable performance from an under strength Pirates outfit with injuries and other absences reducing the team’s strike power. Rookie, Jordan Nothard (11 points, 7 rebounds, 2 steals, 1 assist), was called upon to provide a spark from the bench that brought them a confident lead in the first quarter.

Early pressure from the Pirates combined with solid defensive rebounds put the swashbuckling renegades in a good position to slowly build a lead over the Meme Team one possession at a time.

With the lead building in the Pirates favour, the Meme Team turned to Josh Mak (10 points, 6 rebounds, 2 assists, 1 steal) to turn things around. His early penetration into the Pirates key forced defenders to sag which in turn allowed Mak to nail some much needed three pointers to keep his team within striking distance across the second and third quarters. 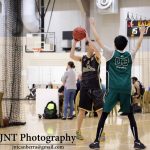 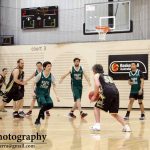 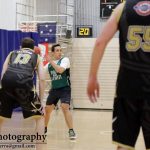 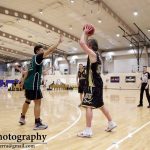 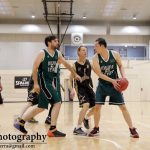 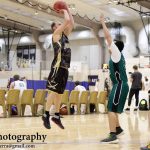 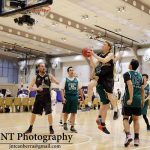 Having a stellar game for the Pirates, Matt Dallwitz (8 points, 16 rebounds, 2 steals, 1 assist, 1 block) was perhaps the deciding factor to their second win of the season. His 16 rebounds were the key to the Pirates offense that was 7.6% more effective than their rival’s, who were shooting at 25% from the field.

Throughout the match, the Meme Team experimented with different offensive styles but with limited results. Although the Pirates could not readily take advantage of the closer defensive attention, their patient ball movement meant they had more open looks and ultimately, more accurate shooting.

In the end, a more disciplined Pirates unit came through 40 points to 26. Their 8 turnovers were less than half of those made by the Meme Team who made 19 across the forty minutes of play.