Even though BSL were struggling with illness and injury, their lineup against the Pirates on Monday night was not radically different from their regular lineup and with a determined enemy willing to show they were not the push-overs many thought them to be, the Pirates went into battle knowing they had to fight hard to prove they were capable of defeating a top-four team.

It wasn’t a good start for the Pirates as BSL made a strong lead with some sound shooting from the BSL guards in the first quarter. The Pirates though, didn’t panic. They patiently waited and executed their planned offence that kept them in the game.

BSL kept pace with their own three-point shooters Anthony Tomkovic (16 points, 3 rebounds, 3 assists) and Matthew Steadman (11 points, 12 rebounds, 1 assist, 2 steals) but were off in terms of their regular shooting percentage hitting just 2 from 9 and 3 from 16 respectively. 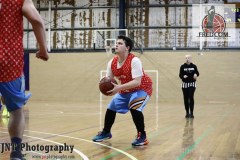 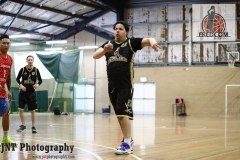 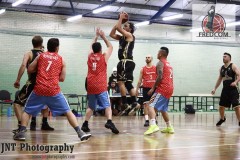 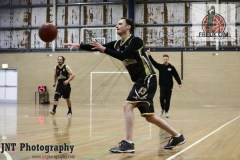 With the scores relatively close from the second quarter onwards, signs showed that the Pirates were getting the upper-hand over a tired BSL outfit.

In the final two minutes of the game, the Pirates held a two-point lead with a definite upset on the cards. But with their remaining posessions, the Pirates could not convert their opportunities and their hold on the game became tenuous.

The Pirates then gave-up the lead and with 33 seconds to go it looked like they were out for the count. That was until Brett Butler (10 points, 9 rebounds, 1 assist, 1 steal) came along and intercepted a way-ward pass from BSL to level the scores and force an overtime.

But in the overtime, it was the Pirates who let their frustration get to them with some inexplicable technical and unsportsmanlike fouls being awarded against them. “I was dumbfounded.” said Coach Geoff Kleinbrenner. “It was one of the most unnecessary actions we’ve had as a team since I can remember. This is not the first time this player has cost us with this type of behaviour.”

Costly mistakes and missed free-throws were the two factors that cost the Pirates in the end but, to remain close enough to force overtime against the League’s favourite to win the competition is not a feat to be snarled at.

The Pirates look to clearer skies next week when they take on the Bravehearts.