Originally started as a social support group for out-of-work pirates whose jobs had been outsourced to Africa, in particular Somalia, the Pirates turned their attention to the sporting arena. Securing a franchise licence through ACT Basketball, the Pirates quickly became a force to be reckoned with, making the Grand Final in only their second year of operation. 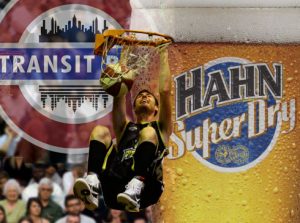 While the championship may have eluded them in 2008, the Pirates have remained hungry, attracting new players, sponsors, supporters and fans to the cause, making the team one of the best funded amateur social sporting organisations in the southern hemisphere.

Players from all across the globe seek to join this prestigious Club. Presently, the Pirates have players from as far afield as Chile, Croatia and France.

You can traditionally find the Pirates at their home stadium, the Tuggeranong Treasure Dome or at their trainining ground within the Active Leisure Centre at Wanniassa.

The Pirates are the epitome of champions, exuding confidence on and off the basketball court. They are Canberra’s premiere amateur sporting team, the envy of friend and foe alike.

We hope you enjoy your visit to the Pirates and will share in our adventures both on land and on the high-seas.

Fair winds from all at the Pirates Basketball Club.