Although the Pirates may have secured a major movie deal at the end of Tuesday night’s game, the Spartans secured another convincing victory over the Pirates in a match between two friendly rivals.

Speculation had been growing for months before Tuesday’s contest about who would star in Dreamworks latest sporting blockbuster, “Space Jam 2: Slow Jam”, before finally being announced prior to the start of the Pirates v. Spartans game. 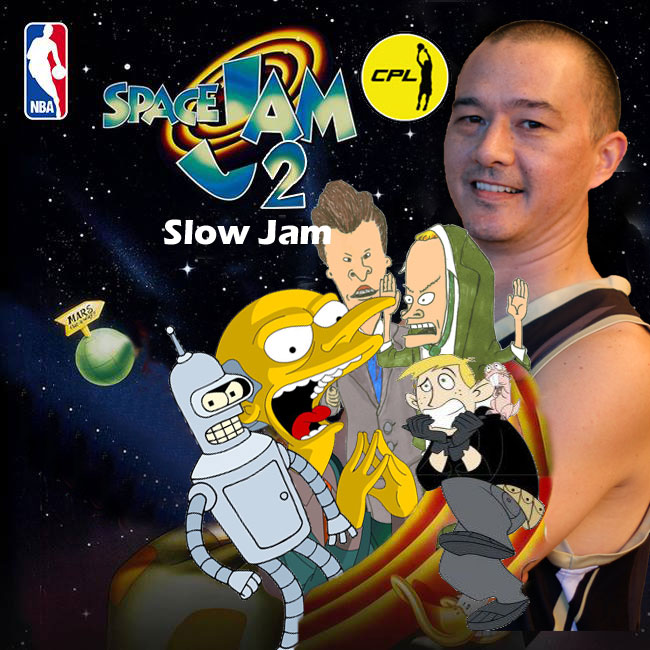 In a style befitting the late Juan Antonio Samaranch, the star of the new movie was announced by Steven Speilburg who uttered the name that will join NBA legends like Larry Bird, Charles Barkley and Michael Jordan; Kel Dullihanty.

Still dealing with a niggling back injury, Dullihanty only played nine minutes of the game but made a big difference to the team’s performance finding open looks and open players who, unfortunately let down the “Hammer” by failing to find the inside of the hoop. Then at the defensive end, Dullihanty was credited with stopping several certain baskets as the Spartans made the most of their defensive transitions.

Adjusting their defence in the third quarter to better close-out the Raptors leading scorers from the first half, the Pirates then let themselves down by allowing the Raptors some second and third chances from others in the Raptors side.

Keeping pace with the Spartans in the first half the Pirates were in a position to finish close to their opponents but when the “Hammer” wasn’t out on the court, the Pirates could not stop the Spartans from shredding the boards and the scoreline.

For the Spartans, the Barclay brothers, Josh (8 points, 3 blocks, 1 steal, 4 rebounds) and Steven (15 points, 3 assists, 6 rebounds), tore-up the Pirates with their quick outlet passes and strong drives to the hoop. Whenever they were on offence they were at full pace, denying their fatigued Pirate defenders any real chance of stopping them from advancing the ball and their team’s score.

The wind went out of the Pirates sails in the second half while the Spartans seemed to have gained a second wind as they raised the tempo of the game with their growing confidence translating into more and more points.

Full-time brought a measure of relief for the Pirates who were soundly defeated by a motivated Spartans side 25 points to 58.