With the end of the season in sight, three of the team’s powerhouses: Vice President Geoff Kleinbrenner, Captain Daniel Lillicrap and Senior Correspondent for the Pirates, Trent Stockman, have announced their imminent departure from the Club after seven years at the helm.

Lillicrap had this to say at a shock press conference: “This was always going to be my last season with the Club and I’m grateful for the loyalty shown to me over the past seven years. But I’ve since come to realise that it is better for the team (for me) to help others establish themselves as leaders in the Club prior to the start of the next season. My announcement tonight will start this process.” 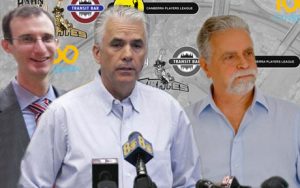 Geoff Kleinbrenner shared similar sentiments to those expressed by Lillicrap: “We’ve (Lillicrap and I) been discussing the Clubs future over the past few months and agree it is time for change.”

No doubt these announcements will come as a shock to many within the organisation and will raise questions about the current and future viability of the Club now that its heavy hitters have announced their exit.

“Let me just say this: this is not a sinking ship. I’m confident there are people who can step-up and take this team to its first ever championship in the coming season. My exit might just be what this team needs to shake-off the cobwebs and go all the way in 2015” responded Lillicrap.

When asked about their respective futures, Kleinbrenner announced he was going to try fulfil a childhood dream of joining the circus: “I’ve always wanted to be a lion tamer or work on the trapeze since my parents first took me to the Ashton Brothers circus back in December 1969. I think I was eight at the time.” Lillicrap had released a press statement prior to the press conference announcing he was signed to the Sorcerers for a two year deal starting in 2015 while Stockman said he will retire from the media after almost forty years of service having hosted some household television shows such as My Two Cents, Smartline, Eye on Springfield and Making the Most of Your Modem, ultimately winning a Del Monte award for his coverage of the 2010 solar ecplise. 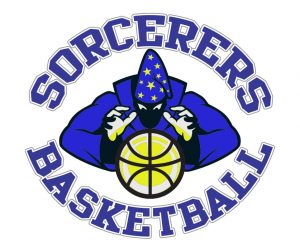 The Central Committee of the Pirates Politbureau will meet next month to discuss successors to these positions and speculation has already begun that the captaincy will be filled in the interim by Frank Fernandez, Todd Gregory or Matt Dallwitz. One thing is clear: whoever does take the reigns will have big shoes to fill. 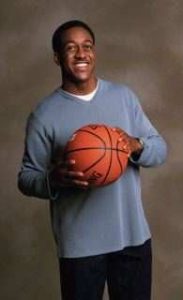 In a simultaneous announcement from Los Angeles, former child actor and Shooting Guard for Los Angeles in the E-League, Jaleel White, will be coming to the Pirates at the start of the 2014-15 season under a twelve-month contract with the Club.

Pirates Spokesperson, Misty Wench, said details of how the Club plans to honour these three giants of basketball will be announced shortly, however it is widely anticipated that Lillicrap’s number (13) will be the first number officially retired in the Club’s history and that Kleinbrenner’s toupee will similarly be retired on a bronzed bust to be housed in the foyer of Pirates headquarters.