The Pirates were soundly beaten Monday night by a drilled Bravehearts outfit who left them in their wake with their fast breaks and steals, going down 33 to 58 despite some sound second quarter play. 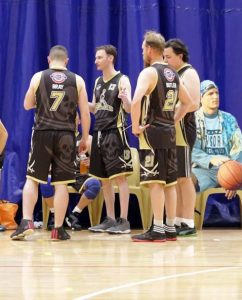 With the Bravehearts out to a solid lead, the second quarter gave hope to the Men-In-Black as they clawed their way alongside the Bravehearts at 16 all shortly before half-time. 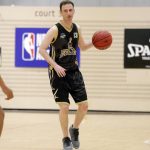 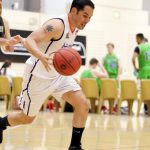 After the break the Pirates became their own worst enemies as the turnovers piled-up and the Bravehearts were only too happy to capitalise on all of the Pirates mistakes.

Bernard Abejaron (15 points, 3 rebounds, 3 assists, 4 steals) and Jay Fernandez (13 points, 7 rebounds, 4 steals) were prolific across the court for the Bravehearts, accounting for almost half of their side’s points as they almost doubled the Pirates shooting percentage at 47% to 24%. 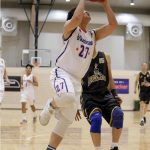 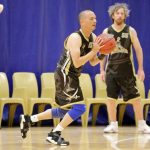 The Pirates will definitely have to work on their passing game and limit their turnovers if they are to beat the Mules in their match-up at the Grammar Dome next week.