The Pirates ended the year on a positive note, shooting their way to victory over a Cannons outfit that showed plenty of hustle but lacked the finishing touches to be in contention.

Setting a consistent pace early, the Pirates tried using their size inside the paint before kicking it out to the in-form, Daz Jamieson (16 points, 4 rebounds, 2 assists, 1 steal) who was 4 from 7 beyond the arc. 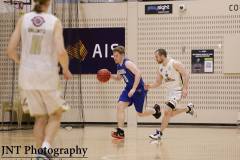 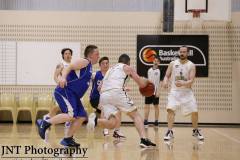 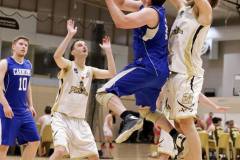 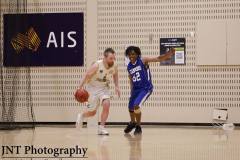 Having to respond to the outside threat, the Cannons closed-out Jamieson enabling him to hit the Pirates inside men who were able to knock-down close-range jumpers and hit cutters once the double-team came.

Enjoying one of his best games of the season, Pirates forward, Matt Dallwitz (7 points, 6 rebounds, 2 assists) was instrumental to the Pirates success. Cleaning-up rebounds at both ends of the floor and even turning his hand to the outside game where he was 100% from the three-point line.

Defensively, Steve Dillon (4 points, 5 assists, 4 steals, 2 rebounds) was a major contributor on the court, posting some of his best numbers for the season.

The Cannons weren’t without their stars as both Brandon Hauser (7 points, 7 rebounds, 2 steals) and Matt Lee (5 points, 11 rebounds, 2 assists, 1 steal) were strong offensively and defensively and whom together formed the anchor of the Cannons outfit.

Some fine shooting from Alfred Mills (9 points, 5 rebounds, 3 steals, 2 assists) kept the score from becoming too one sided against the Cannons but in the end, it was the Pirates who were too strong on the day.

No-doubt all the teams will now enjoy a decent break before the end of the season winds up in April.