In a growing sign that the officiating within Fredcom is bordering the dangerous and ridiculous, Pirates players were subjected to a physical Cannons outfit bent on revenge for last year’s loss.

While it was clear that the Pirates were being outclassed by the Cannons this time around due to the extra defensive pressure, it didn’t help the feeling among the crowd and the Pirates players that the game was a foregone conclusion due to some dubious calls and non-calls that clearly worked against the marauders of the sea. 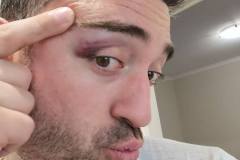 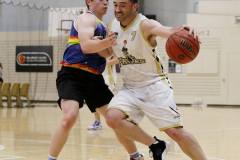 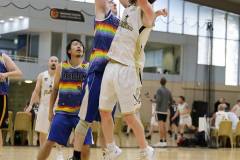 As evidenced when Dan Bray (6 points, 4 rebounds, 2 steals) who was elbowed to the head late in the fourth quarter (without malice but clearly a foul nonetheless in this reporter’s opinion) without call, the game came near farce as players and officials got amongst the action.

Farce aside, the Pirates still had much to blame themselves for having one of their highest turnover rates for the season so far. Matt Dallwitz (5 points, 8 rebounds, 1 steal) had another positive game and Frank Fernandez (2 points, 5 rebounds, 3 blocks, 1 steal) got in the mix with his strong defence that let the Cannons know in no uncertain terms that penetrating the key was at their own risk.

Making his mark once again for the Cannons, Matt Lee (12 points, 8 rebounds, 2 assists) lead his team from the front and was the main reason why the Cannons came ahead with the convincing win this time around.

The volatile swing between the two games shows that the next match-up can go to either side.