Uncle Freddy was at his best Monday night when the Bravehearts terrified the Pirates with their superior in-close shooting and well-worked assists to deliver a tightly fought win, 55 points to 48.

The Bravehearts got out of the blocks quickly, running-up a nine point lead in the first quarter thanks to some sound shooting by Laina Matoutia (14 points, 8 assists, 6 rebounds, 6 steals) whose all-round efforts almost brought him a double-double for the night.

Joining Matoutia in another solid performance was Rhuel Fernandez (16 points, 7 rebounds, 1 assist, 1 steal), shooting at 60% from the field, a decisive factor in gaining their comfortable lead over the Pirates.

The Pirates did manage a comeback in the second quarter to keep the scores within six points. Points wise, this was largely due to guard, Dan Bray (20 points, 2 rebounds, 3 steals, 2 assists). Although having an off-night, Bray forced his way into scoring positions, often getting fouled in the process where he was 7 from 8 behinds the strip. 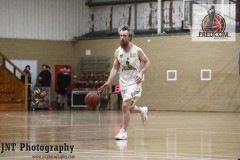 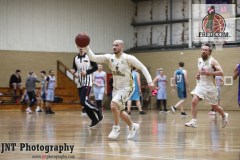 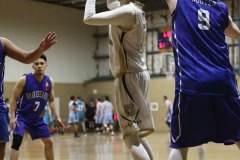 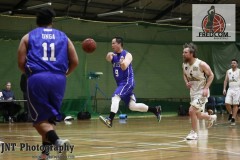 It was perhaps, all the opportunities that the Pirates were making that kept them in the game as aside from shooting poorly and having only one quarter of the assists of their opponents, all other stats were roughly the same.

Helping the Bravehearts with their assists were the Pirates who were continually leaving their positions in cover while leaving the baseline open for cutters to fill the gaps. These gaps allowed the Bravehearts to find the open man and make the bucket beneath the rim rather than from further out, something that might not have bothered the Bravehearts anyway.

In the end, the Pirates could not overcome the night the Bravehearts were having and went down 55 points to 48.