An aggressive half-court defence laid down by the Cannons produced an excessive amount of steals, so many that police were called to arrest the ring-leaders of the syndicate.

It was always going to be a tough ask for the Pirates against the in-form Cannons and although the Pirates stepped-up their game from their last three performances, it wasn’t enough for them to overcome the strong Cannon’s D.

The Pirates were unfamiliar when it came to identifying and breaking the Cannons defensive structure and seemed incapable of organising themselves effectively on the court.

Struggling to get open offensively, when the Pirates did get open, their shooting percentages were far better than anything they have produced over the last month with Dan Bray (19 points, 2 rebounds, 2 steals, 1 assist) shooting at 50% from downtown. 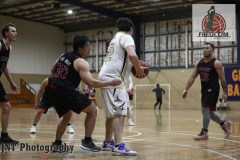 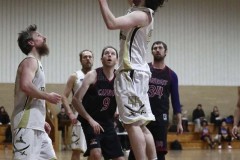 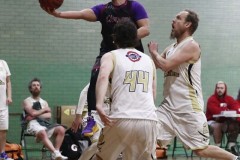 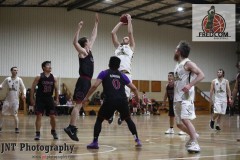 For the Cannons, Daniel Morales (23 points, 8 steals, 4 assists) simply had more scoring opportunities with which to lead his team and even with his 33% shooting average from range, his steals allowed for some easy layups.

Going down by more than twenty points in the end, the Pirates will have their work cut-out for them if they want to stay in contention come finals time. The final score, 64 to 43 will need to be narrowed the next time these two teams play.