Reversing their fortunes from their shock first round defeat to the Sex Panthers, the Pirates switched colognes and turned their game on to record yet another impressive 54 points to 28 victory at the Tuggeranong Treasure Dome. 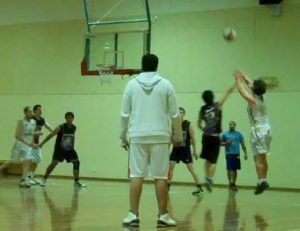 Going on to score 17 points for the quarter the Pirates set themselves up in the driver’s seat and would not relinquish driving the agenda for the rest of the match.

For the first quarter, the Sex Panthers showed that they were in the hunt by putting on 8 points of their own but made some costly misses close to the basket that could have brought their score closer to the leading Pirates.

The second quarter looked a little more promising for the Panthers who through David Melaren (6 points), made good on the first two scoring opportunities they had in their front court. Backing him up was Brad O’Brien (7 points) who nailed an early three-pointer but that was where the scoring stopped for the cats in black. Another fourteen minutes of play would elapse before making their next basket while the Pirates would go on to score twenty-three unanswered points. 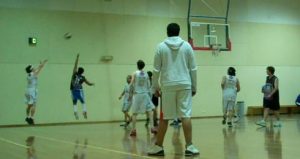 Over the next six minutes, the Pirates would put on another eight points through the likes of Daz Jamieson (9 points, 1 rebound, 1 steal), Kel Dulihanty (6 points, 3 assists, 2 rebounds, 2 steals) and Brett Butler (7 points, 4 rebounds). Jamieson and Dulihanty helped the Pirates bottom line with their perimeter shooting, keeping it at a respectable 36% for the evening. 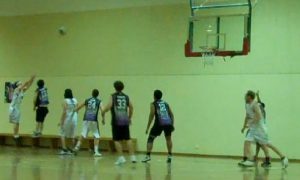 A seemingly over-confident Pirates side took to the court for the final quarter believing their twenty-six point lead to be an insurmountable obstacle to their rivals, pushed their turnover rate through the roof, but not before adding a further six points to their tally through Frank Fernandez (4 points, 1 assist, 1 rebound) and Matt Dallwitz.

The Pirates now look to extend their victory another week when they next meet Ruff ‘N Ready at home.