In the beginning, there was just the darkness that was filled only by the points of the Diablos as they took an early eight point lead leaving the Pirates scoreless for the first ten minutes of play.

Things picked-up for the rogue rapscallions in the second and third periods where they went on a hot run to claw their way to within six points of the lead midway through the third quarter. This was achieved thanks to the extra possession garnered from some steals made by the Pirates guards as well as some additional defensive rebounds from the forwards. 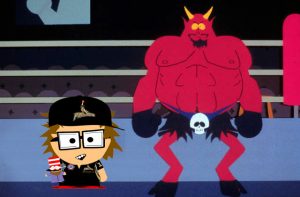 Fearing that the Pirates were getting a little too close for comfort, the Diablos took it up a notch first through bigs Shane Turner and Damien Burns, then from the outside where Alex Burnett went on a shooting spree, nailing 6 from 8 three-pointers that helped to take the margin out close to forty points.

Once again for the Pirates, they struggled to make good on their opportunities, first through their trademark turnovers then through failing to hit their shots at the ring.

With injuries and absences that affect almost half the squad, management at the Club are looking to find savings in their salary cap so that they can acquire some additional firepower in the form of a new guard and small-forward.