Under police escort, the Pirates arrived at the Australian Institute of Sport where 21,655 fans waited to see the Brumbies defeat the Lions and the Pirates face-down a talented Spartans army who were widely tipped to win with the least fair odds offering $8.80 for a Pirates victory, even with a ten point spread. But that didn’t stop the Pirates from getting down to business as the squad rallied to win out in an exciting overtime finish.

Having to compete for attention with the ACT Brumbies and the English Lions as well as the Socceroos and their encounter with Iraq in Sydney, the Pirates undoubtedly took a hit at the ticket booth with sales down 35% and a limited broadcast audience estimated at one-fifth its usual tally, the Pirates still managed a decent crowd of 1,701 fans screaming the team on to victory in what was a close run affair. 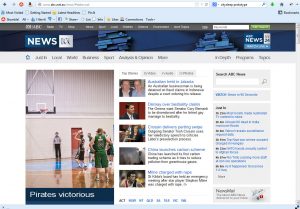 Winning the opening tip-off may have made the Pirates bench a little more upbeat than in previous weeks where the tip and the subsequent game has gone against the team in the opening six rounds of the CPL season.

From there the Pirates would post first points through Dan Bray (7 points, 2 steals, 1 assist, 1 rebound) and go on to trail by three points at the end of the quarter thanks to the Spartan’s Aaron Bolte (10 points, 4 rebounds, 1 steal, 1 block) whose 5 points early in the game tested the Pirates defensive resolve.

Throughout the second period the Pirates kept a small lead with the Spartans who relied heavily on Kyle Evans (18 points, 8 rebounds, 3 assists) at both ends of the court.

While the Spartans looked to Evans to build their score, the Pirates turned to Darren “Daz” Jamieson (12 points, 2 rebounds, 1 assist) to knock down the critical three-ball . Hitting some form at the right time, Kel “Hammer” Dullihanty (6 points, 2 rebounds) making two consecutive baskets in the third quarter to put the Pirates up by two going into the fourth.

Putting his stamp on the game for the Pirates was new import Taylor Sneddon (11 points, 15 rebounds, 8 Assists, 3 Steals, 1 block). His efforts at both ends almost earning him a triple-double and with time running out in the fourth quarter, Sneddon helped put the Pirates ahead by five until some mind-boggling offensive mistakes made by the team in the dying seconds allowed Steven Favell (8 points, 13 rebounds, 3 blocks, 1 steal) to get the Spartans within three of the lead before Aaron Bolte tied the game at the buzzer.

The tip was again secured by the Pirates and while it didn’t directly lead to an immediate score by the men in black, it did signal an increase in intensity by the Pirates in their endeavour to deliver their first ever win in the CPL to their loyal fans.

Finding the form that has been lacking in his earlier games, Kel “Hammer” Dullihanty dropped an inspiring twelve footer to put the Pirates ahead by two midway through the first period of extra time and put some additional pressure upon the Spartans whom always seemed to be playing catch-up.

For once the Pirates outside game was working in their favour with four separate shooters nailing three-pointers whereas the Spartans relied on two key players to hit the perimeter jumper and while during regular time they could be counted upon to find their mark, in overtime they appeared to struggle under the additional pressure of playing from behind the eight-ball.

Darren “Daz” Jamieson, Kel “Hammer” Dullihanty, Dan “Saxman” Bray and Taylor “T-Mac” Sneddon all downed three-pointers that both kept the Pirates in the game as well as ensure they were always ahead of the curve going into the crucial rounds of this welter weight match-up.

The Spartans weren’t without their chances in the last five minutes of play having opportunities to score right under the basket, as well as from the perimeter, slip through their fingers.

With eight seconds left on the clock, the Spartans were forced to foul, sending Todd Gregory (9 points, 5 rebounds) and Dan Bray to the line where each made good on half their free-throws to give the Pirates another five point lead that was reduced to just three as the buzzer sounded. Final score: Pirates 51, Spartans 48.

A jubilant Pirates bench celebrated their first ever victory in the CPL and the relief on the faces of the team’s owner and managers was clearly visible.

While Jamieson and Sneddon were the two standout performers in the Pirates win, perhaps the most important factor was their lack of turnovers and mistakes and when they did occur, the Pirates were more often than not, able to recover and correct the situation in their favour. 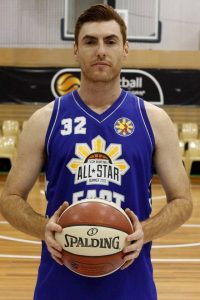 Other results from Tuesday night include the Brumbies defeating the British Lions 14 points to 12 and Australia defeating Iraq one nil in their World Cup Qualifier that now sees them off to Brazil in 2014.

In other news, Todd Gregory was selected to represent the East in this year’s FILCOM All-Star weekend. The Pirates congratulate Todd on his selection and wish him luck through all the events.