Injuries and illness throughout the Pirates camp made their preparations for Tuesday’s game against the Hornets disjointed and disorganised, even with the bye in the previous week, the Pirates were ultimately out of touch with their opponents and their game plan. 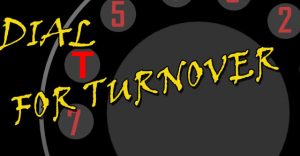 Punctuating the Pirates performance were the regular turnovers that came from basic handling errors and poor passing decisions. From these turnovers the Hornets pushed the transition forcing the Pirates to foul to slow down the tempo.

Lighting it up from the perimeter was the Hornets Pete Maddocks (21 points, 4 assists, 1 steal). His form from outside gave the Pirates no chance to recover from their scrambling defence and even when his aim was off, Damian Waters (8 points,  10 rebounds, 2 assists)  and Adam Llewellyn (11 points, 12 rebounds, 5 assists, 3 steals)  were there to crash the offensive boards.

The Hornets outgunned the Pirates in the rebounding department, picking up 37 boards to the Pirates 20, another factor in the Pirates heavy defeat. It often only took one Pirate defender to leave his man unguarded for the Hornets to collect the loose ball, a ball that should have been by all rights, picked-up by the Pirates.

Adding to the Pirates woes was their general level of fitness stemming from a lack of proper preparation prior to the game. It was noticeable that some players struggled to make it back on defence and lacked the intensity to close out an unguarded attacker, allowing the Hornets some second chance points they didn’t truly deserve.

Offensively, the Pirates were not hitting their shots hitting only three from fifteen attempts at three-point range. Compounding the situation was the lack of any offensive rebounding capability that could have given the Pirates some much needed second chance shots.

With just ten minutes left on the clock, the Pirates had some hope of posting enough points to make the scores somewhat respectable but that hope evaporated as they reverted to their first quarter performance and gave-up cheap possession to the Hornets.

The final score of 65 to 26 showed a polished Hornets side and exposed an inexperienced and unfit Pirates group.

The Pirates can go some way to repair their shattered pride when they take on AKOM this Friday at the AIS.