Thousands of adoring teenage fans arrived at Canberra Grammar on Tuesday night expecting to see their idol, Justin Bieber, only to discover that due to an auto-correct mistake on the promotional poster, they were there to see the Pirates take on the Beavers. Though most left in tears, some stayed to watch Bieber look alike, Brad Parry and his Beavers systematically drain the Pirates 57 to 33.

Both teams were missing their stars with the Pirates forced to do without Kel Dulihanty, Brett Butler and Taylor Sneddon while the Beavers were down Tim Bradley and Jason Dymowski. 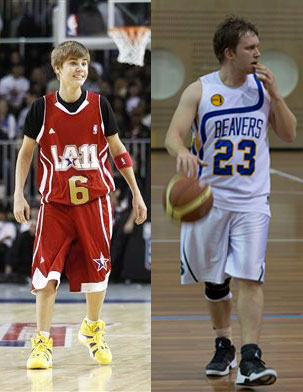 The Beavers were the first to settle into a rhythm as both Cameron Crombie (17 points, 1 assist, 1 steal, 1 block, 7 rebounds) and Mike Woods (14 points, 10 rebounds, 1 block) went to work inside the paint. 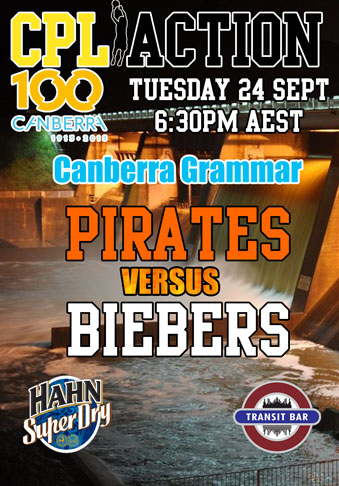 Relying on a shorter line-up than usual, the Pirates struggled to keep the Beavers away from the rebounds as the likes of Crombie and Woods simply had to reach out over the heads of their defenders to grab the rebound, even when those defenders had position and were boxing out their opponent. In all, the Beavers would out-rebound the Pirates 35 to 16, a factor that was not lost on the players after the game.

It was an unlucky night for the Pirates whose shots often only failed to be counted as points due to a quirk of physics or fate whereas the Beavers clearly had the benefit of some form of basketball deity as some spectacular, low percentage, trick shots found their way through the net.

Strangely, both teams looked remarkably relaxed throughout the match and even when the Beavers lead over the Pirates began to balloon, the Pirates did not dwell on their circumstances but returned their focus toward playing the game at hand.

Making all the difference to the Pirates performance, veteran Todd Gregory (13 points, 1 assist, 3 rebounds) was difficult to handle as he made points both from close-in and further afield, taking on defenders who were unable or unwilling to respect his scoring prowess.

Marring the Beavers victory was an injury to Leif Nilsson brought on by Dan Bray when the pair collided while Nilsson was driving to the bottom of the foul line. Team doctors quickly diagnosed Nilsson with a case of leprosy but were just as quickly overruled in that diagnosis when an actual doctor proclaimed he had a sprained ankle. I have since informed that Nilsson is expected to be back on court next week.