An embarrassing first half by the Pirates robbed the team of victory Monday night against the old boys from St. Edmunds who, despite their victory, were not without their own embarrassing behaviour with regard to the referees. The only thing more embarrassing was Tony Abbott’s performance in the polls.

Still, with the basketball world fixated on Donald Sterling and the fall-out from his racist comments, the Pirates can be thankful that they weren’t more prominently featured in the fold this week. 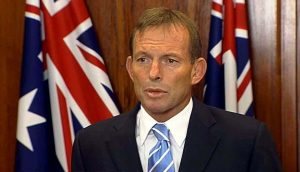 Sterling, who was once heavy favourite to become the new owner of the Pirates back in 2008, will be forced to sell his Los Angeles Clippers franchise and divest himself fully from the NBA. Pressure is now on BACT and the CPL to ensure that Sterling is not given the opportunity to buy a new franchise with either of the Australian basketball leagues.

Turnovers dominated the Pirates play in the first quarter showing a very low collective basketball IQ with forced passes and layups destroying the Pirates offensive cohesion, a feature that was difficult to watch and stomach from the sidelines.

The Pirates first and only five points for the half coming courtesy of free-throws as the side waited twenty-two minutes to record their first field-goal.

In contrast, St. Edmunds played it cool with the ball, taking their time to move the ball patiently on the perimeter where they made better than 64% from beyond the arc. However, St. Edmunds lost their cool with the referees despite leading the game comfortably from start to finish. Two technical fouls and numerous warnings to players failed to resonate with the squad who obviously thought they were entitled to an infallible robotic judiciary.

Yet the Pirates could not capitalise on the issue scoring a dismal 18% from the foul line throughout the night.

Things did get better for the Pirates, especially since the half-time performance was by Cedric Gervais who sand his hit cover song from Howard Jones, Things Can Only Get Better.

The performance must have inspired the Pirates as they went about correcting the mistakes they made in the first half.

With their work cut out for them, the Pirates more than doubled their first half score in the next ten minutes with baskets to Matt Dallwitz, Brett Butler, Ben Roberts and Kel Dullihanty. With this effort, the third quarter belonged to the Pirates but not by enough: eleven points to ten.

The fourth quarter continued along the same vein as the third with the Pirates putting on a further nine points to their total but were again outscored with St. Edmunds putting a further eleven points toward their tally.

Man of the match by a considerable margin was St. Edmunds rookie forward, Zac McCappian who proved deadly from three-point range nailing 4 three-pointers, some despite some close attention from Pirates defenders.

For the Pirates, Daz Jamieson was the most consistent performer on the court alongside Ben Roberts whose inside shooting helped put the Pirates in the frame by the final buzzer. Jamieson’s determination against a tough opponent was not lost on fans and the coaching staff at the Pirates as he did his best against McCappian beneath the hoop.

In all, the match and ultimate 25 to 38 scoreline reflected badly on both teams and an increased effort will no doubt be expected in the coming rounds.