In a stunning display of basketball, the Mules defeated the Pirates 65 to 32 in front of a packed out finals crowd at the AIS Arena.

The Mules were firmly in control from start to finish with their outside shooting stopping the Pirates in their tracks. 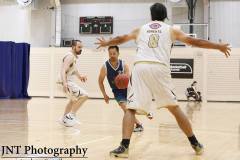 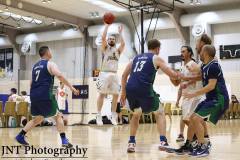 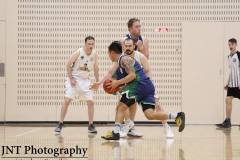 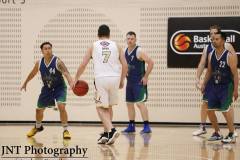 For the Pirates, they simply couldn’t connect on offence with a high turnover rate and many missed shots.

Although totally outclassed the game was played in good spirits until the final two minutes of the fourth quarter saw a mind boggling refereeing decision tarnish the game and the season.

Star Pirates centre, Frank Fernandez, was given a technical for raising his hands in a decision that stumped players and fans from both sides.

Pirates coach, Patches O’Houlihan, said after the game that watching the referees in the final two minutes was like “watching a bunch of retards trying to hump a doorknob out there!”

The Pirates now have a brief off-season before returning to the pine in March.