After a brief break, the Pirates were back at it again on Monday night when they took on the Cannons in their first game of the new season.

Making his long comeback to the game, Christian Boura (2 rebounds, 1 assist), was keen to get amongst the action early, grabbing some handy rebounds and assists to help the Pirates get off to a good start. 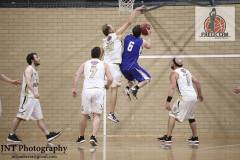 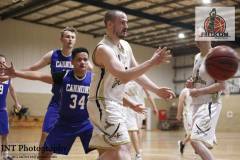 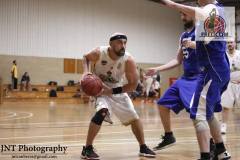 In his debut game for the Pirates, star guard, Jordan Nothard (7 points, 15 rebounds, 3 steals, 2 assists) was impressive inside and out of the paint. His speed and precision put the Pirates on the front foot and kept them there throughout the game.

The Pirates got out to a lead early in the game with sound passing finding the open man for an outside three or a jump shot from the 45.

Stealing the show for the Pirates was guard Daniel Bray (14 points, 5 rebounds, 4 steals). Shooting 5 from 8 outside the paint and 4 from 7 inside, Bray was playing his all-time hits.

This is not to say that the Cannons weren’t without some razzle of their own. Matt Le Vaux (19 points, 7 rebounds, 1 assist, 3 steals) gave his all to try get one over the scurvy sea dogs but, without help from his teammates, he was forced to go it alone.

In the end, the Pirates emerged victorious 54 points to 39 in a win that will undoubtedly spurn some soul searching for the Cannons in the weeks ahead.