With BSL owner, Steven Kapur, courtside for their first appearance against the Pirates for 2019, he would have known that he was in for a good show.

Even though BSL looked to have had the advantage in almost every department, the Pirates found a way to remain competitive and within striking distance of an upset win.

It was always going to be an uphill battle for the Pirates going against a line-up that, on paper, would be enough to scare most opponents away.

BSL’s bench players alone with the likes of Will Jiang, Scott Culpit and Damien Burns, would have been enough on their own to take down many an adversary but, like all contests, there’s an intangible factor that somehow seemed to be with the Pirates this night. 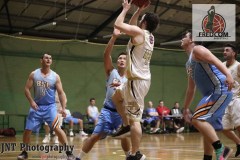 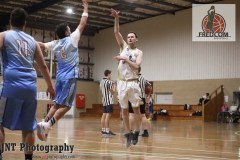 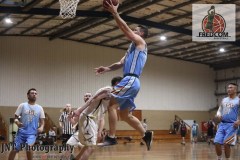 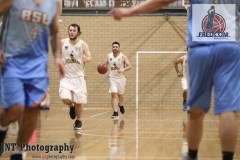 Bray, alongside teammates Jordan Nothard and Daniel Lillicrap, kept things going from beyond the perimeter while between them, notching-up the defensive stats to keep them in the game.

BSL had the Pirates beat in almost every category but for whatever reason, the game remained within the Pirates grasp.

The final quarter, as has become tradition within the Pirates, the points dried-up and the turnovers mounted, enabling BSL to take the edge that would lead to their victory.

All in all, a great match-up between the teams with BSL winning over the Pirates 63 points to 41.