Fortunately for the Pirates, they weren’t banking on a win Monday night just weeks after the Royal Commission into the banks found that the Pirates would have lost out anyway.

Being the last game of the regular season, the Pirates wanted to use this opportunity to influence their opponents for the following week’s play-off game, also against the Mules.

But as it turned out, the Pirates struggled just to maintain pace with the premiership favourites. 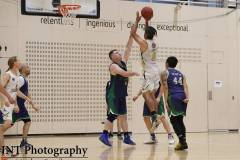 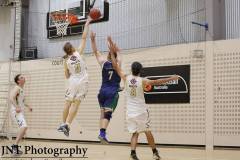 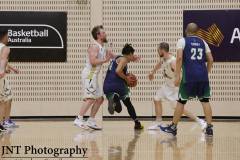 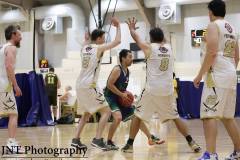 The Mules led early and held a comfortable lead for most of the game until Dan Bray (11 points, 3 rebounds, 1 steal) started nailing some much needed three’s from outside in the third quarter.

Defensively, the Pirates were relying on Frank Fernandez (2 points, 9 rebounds, 3 blocks) and Stephen Dillon (4 points, 2 rebounds, 2 assists, 3 steals) to get them back into the game.

In the end it wasn’t to be. The Mules met the increased pressured brought on by the Pirates and ran away with the game with successive fast breaks and a dagger three-pointer.

The Pirates will need to find something within themselves if they are to avoid a repeat of tonight’s performance next week in the first round of the finals.