While having the benefit of most of the statistics throughout the night, the Hawks just couldn’t close it out against the Pirates in the season’s first overtime game of 2019.

Hawks superstar, Tim Thurgar (24 points, 10 rebounds, 1 assist, 2 steals) didn’t waste any time proving why he is on track to become the league’s MVP by dropping two quick threes early in the first quarter. 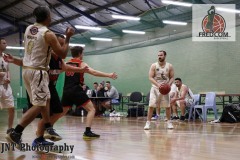 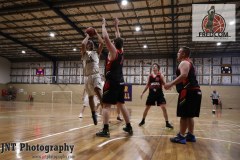 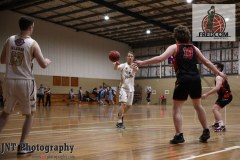 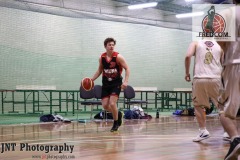 Seeing how devastating Thurgar was becoming, the Pirates increased the pressure defensively taking some of the sting out of his game. Still, he couldn’t be completely contained and even with the extra attention from the Pirates, managed to contribute a further 16 points throughout the remaining three quarters.

Having a game of his own was Pirates guard, Dan Bray (22 points, 3 rebounds), who despite some low percentages managed to get in scoring position more often than not.

Eclipsing Bray’s effort was fellow guard, Jordan Nothard (10 points, 19 rebounds, 2 assists, 3 steals). His tenacity at both ends of the court help transform what was a close contest throughout the night into a Pirates victory.

Less than two minutes remained in the game and the scores were tied at 34 a piece. Both sides took their shots to get the upper hand and it was the Hawks who looked most likely to nudge ahead when the Pirates made some silly decisions that led to unnecessary turnovers and defensive lapses.

Extra time was ordered and a Hawks mistake gave the Pirates a two point lead early in the period. That lead was soon eroded as the Hawks made a sweet jump shot from just outside the right elbow at the hands of Hayden Trill (12 points, 10 rebounds, 3 steals, 1 assist).

With a minute left in overtime, Thurgar committed his fourth personal foul, instantly turning him into everyone’s favourite Revenger’s Character, The Incredible Guy. His antics would lead to a further technical foul that sent the Pirates to the line and Thurgar to the locker-room.

From then, the Pirates comfortably held court and turned the free-throws and an additional bucket into a much needed win.