After being defeated at the hands of the Bobcats last round, the Pirates made some sound adjustments that would ultimately change the course of history; basketball history.

Monday night’s game also marked the return of Daz Jamieson (2 points, 6 rebounds, 1 assist) who had been out with an injured leg since last season. 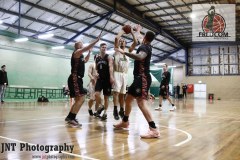 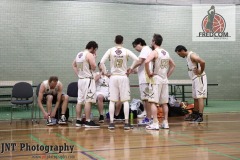 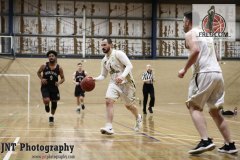 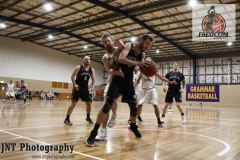 But it was Stephen Dillon (12 points, 2 assists) who stole the show early when he seemingly couldn’t miss as he racked-up the Pirates first 6 points in the first quarter.

Better still, Jordan Nothard (10 points, 17 rebounds, 4 assists) had a career best game and came as close to a triple-double a Pirate has ever been.

Even though the Pirates made double the turnovers of the Bobcats, shooting and assists turned the tide in favour of the salty sea-dogs with the Pirates shooting better than 40% from the field and making 12 assists to the Bobcats 6.

The Bobcats may have been under strength but it was also the case that Tevin Miro (11 points, 2 rebounds, 2 assists, 1 steal) was being pressured early enough that he was essentially taken out of the game.

In the end, the Pirates emerged victorious 50 points to 32 in what was one of their better games, boxing-out and turnovers not withstanding.