Out muscled and out gunned, the Pirates could not stop the advance of the dreaded Cannons as they went about depriving the scurvy sea-dogs of their much needed competition points.

From the beginning it was clear that the Cannons were going to take advantage of their post play and force their way into the paint.

For the Pirates, their boxing-out has been and continued to be a major problem. Too often, a Cannon would shoot through the defence to scoop-up a rebound and put it back-up for two points.

Statistics were fairly similar between the two sides with the exception of offensive rebounds and assists where the Cannons had 50% more offensive boards and assists as did the Pirates. 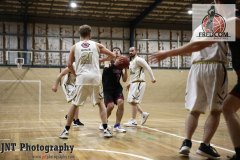 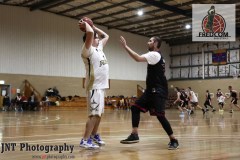 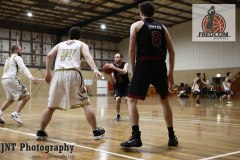 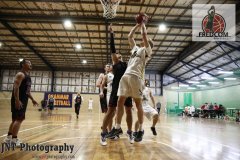 Pirates guard, Dan Bray (11 points, 2 rebounds, 2 steals, 2 assists), had an off-night and even though he top scored for the Pirates, he was only 2 from 16 two-point attempts and 1 out of 10 from beyond the arc.

With new blood in the squad, the Cannons are looking better placed to move up the ladder as the season progresses. The Pirates will need to focus on the shortcomings if they are to edge out their opponents when the games become closer.