The Pirates were missing some star power on Monday night when they took on an in-form Hawks outfit determined to make-up for past losses.

Without veterans Dan Bray, Ben Roberts and Daz Jamieson, the Pirates were without their usual firepower with which they could possibly counter the Hawks new front-line ferocity with Curtis Lasaveric (11 points, 15 rebounds, 4 steals, 1 assist) giving the Hawks some second chances through his offensive rebounds.

Coach K (Geoff Kleinbrenner) made the call mid-week to veteran guard, Jo Cairnduff (5 points, 3 assists, 2 rebounds) to help out in their time of need. 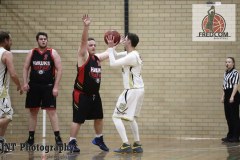 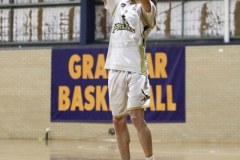 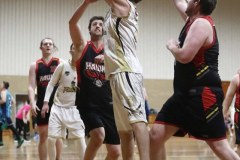 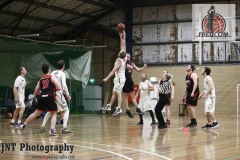 Cairnduff, having been out of the loop with regards to the latest Pirates offensive structures, but used his extensive skill and experience to feel-his way into the game.

If it weren’t for the destructive nature of Tim Thurgar’s (24 points, 6 rebounds, 2 assists) three pointers, the Pirates may have stood a chance had Dan Bray been available on the counter strike.

But as fate would have it, the Hawks three-pointers proved a decisive factor in their victory and as the Pirates, unusually, could not counter deploy a sufficient counter, despite the extra attention given to Thurgar, it was all but inevitable that the Hawks would walk away with the win.