While the rest of Canberra was busy celebrating its centenary, the Raptors made the long and arduous trip to Bray Town where the population only served to send the Raptors home with sour memories and two less competition points.

It wasn’t a great start for the boys in black as the first few offensive sets all ended in unnecessary turnovers, the result of some ambitious and poorly timed passes to the Pirates post players and while the Raptors were able to capitalise on these mistakes, the rest of the Raptor’s offence was less fortunate. 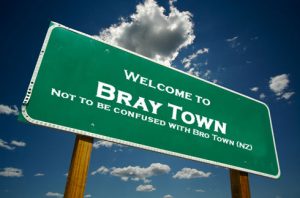 Still, the Pirates managed a three point lead at the end of the first quarter ten points to seven, a margin that grew out to five points with the Pirates ahead 21 to 17. Watching on the sidelines or even via delayed telecast on the Box Network, one would easily have come to the conclusion that the Pirates were going to lose the game as time after time the Pirates missed open lay-ups and successive put-backs that essentially kept the Raptors in the game. However, allowing the Pirates such open access to the bucket was the Achilles heel in the Raptors defence.

In contrast, the Pirates challenged everything defensively and specifically targeted key threats like Kris Thomson (7 points) and Paul Edwards (5 points) who would have systematically demolished the Pirates had they been left to their own devices. On several occasions, the Raptors were unfortunate not to be awarded fouls by the officials, but this worked both ways even as tempers began to boil.

For the fans, it was slim-pickings in terms of half-time entertainment as all the best performers were engaged elsewhere for the centenary celebrations. While big names like The Church, The Gadflys and Hancock Basement were performing live to the masses in Canberra, the best the CMG could muster was a poorly choreographed but mercifully brief appearance by Alvin and the Chipmunks.

The Pirates continued their form of the first half in the second although at a slightly slower pace, only putting on eight points in the third period but restricting the Raptors to just four points in the ten minutes of play.

It wasn’t until the final five minutes of play that alarm bells began to ring in the Raptors camp even though they had made-up the distance to be within four points of the lead. Raptors teammates looked to Thomson to spark something and get them back into the game and he didn’t disappoint first nailing some crucial free-throws then finding Daniel Stewart (6 points) with a neat assist before draining a three-pointer to put some fear into the Pirates crew.

But it was the Pirates night and Dan Bray (15 points) could not be denied: hitting a career best 4 from 5 outside the three-point arc, sealing the game in their favour. This isn’t to say that the Raptors weren’t within striking range as with just three minutes of play remaining they came within one point of the Pirates but this was before Darren Jamieson (4 points) and Bray nailed successive three-pointers to put the game beyond doubt.

While Bray may have enjoyed the limelight for the game, unsung hero, Matt Dallwitz (4 points) made 9 offensive rebounds, 6 defensive boards and 3 blocks during his nineteen minutes on the court.