Another slow start by the Pirates ultimately cost them the chance to solidify their second place ranking on the CMG ladder Monday night when they went down to the trouble plagued Easts 39 to 30.

It wasn’t until the start of the second quarter that a well timed fade-away by Ben Roberts (6 points) got the Pirates on the scoreboard. 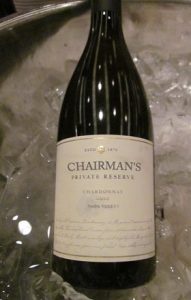 From there the Pirates set to work to narrow the seven point lead Easts had established during the first quarter, all through the hands of Bruce Gidley (18 points).

Gidley was instrumental in Easts victory, hustling his way to 18 points 8 rebounds (5 of them offensive) and 3 assists.

On the whole, it was Easts advantage in shooting percentage that won them the game as neither side had many steals or turnovers to speak of. Easts were consistent from just beyond the key, often making the tough contested shots look easy as they maintained their four point lead over the Pirates for most of the game.

Doing his best to spark his team into action, captain Daniel Lillicrap (4 points) showed that his side had learnt their painful lesson from the last time these two teams played back in September when the Pirates missed 20 of 22 free-throws to allow Easts to get away with a 7 point victory.

Following Lillicrap’s example, Ben Roberts made the most of his opportunities from the strip, making good on his first trip to the line after being fouled while making a turnaround elbow 180 bank-shot in the third quarter. Easts ill-discipline then put Roberts at the line on the buzzer for the end of the third period where he broke out the “Chairman’s” Private Reserve, nailing his three free-throws after he was fouled while making a half-court shot with just milliseconds to spare.

Down by just two with ten minutes left to play, the Pirates were desperate for their shots to drop. Rattling in and out of the rim and despite some repeated offensive boards, the Pirates just couldn’t get the job done.

The Pirates now look to redeem themselves next week when they play the Robo Pandas who have recently completed a maintenance cycle at their manufacturing base in Shonkee, China.

Tickets are available through Picketek for the discounted price of $10 per adult and $5 for children under 10.