His holiness, Crocodylus Pontifex, made the statement after witnessing the Pirates Basketball Club defeat the Australian Catholic University’s Saints 36 points to 29 on Monday night in a triumph of evil over good.

Built-up as the prelude to the forthcoming Armageddon scheduled for December 21st, the Saints represented the World’s last best chance of preventing the end of days as predicted by Mayan civilization roughly three millennia ago. 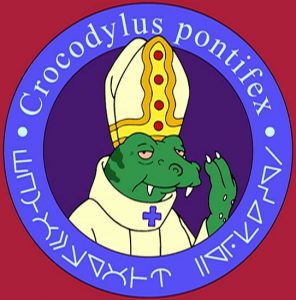 Prior to the tip, a break-down with the Pirates second of two private Challenger 601 jets prevented the full squad from arriving at the Treasure Dome at the same time. The Pirates had recently flown to the North Pole to take local childrens letters to Santa. It wasn’t until after the warm-up that the remaining Pirates made it to the bench. 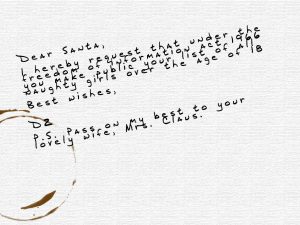 Still, the Pirates settled down to work and while the pickings were slim for the first four minutes of the quarter, they did come good midway through the first period to be up by one point over the Saints at the first change.

It was the Saints who drew first blood through Josh “Mole Nurse” Kip (14 points) getting inside the Pirates key for an easy two then followed it up with the first of his three pointers for the night.

The Pirates adjusted their defence and kept control of the tempo of the game soon finding the key to success was from running some well executed plays that resulted in close-in shots to Ben “Chairman” Roberts (14 points, 5 rebounds) and Todd “T-Bone” Gregory (6 points, 7 rebounds).

Solid second and third quarters by the Pirates provided them with a lead that was as much as 15 points but early in the fourth quarter the Pirates hit a slump, allowing the Saints to make a comeback courtesy of some way-ward Pirates passes and some poor reads in defence.

Throughout the game the Pirates struggled to fire from the perimeter hitting just 1 from 13 attempts. The Saints, undoubtedly with the help of some invisible angels, were guided toward the hoop from long range making 3 from 6 outside the arc. 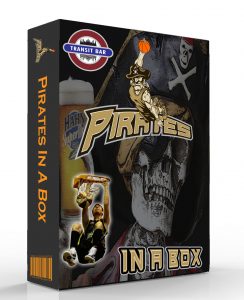 Having his career best game, the Pirates Ben Roberts was Mr. Reliable on the court nailing some solid drives from the foul-line and then turning up the pressure on the defensive end where he would eventually be fouled out with just over a minute left to play in the game.

Although the coming Mayan apocalypse will certainly mean the end of the Pirates season (not to mention their lives), games have still been scheduled into the new year and while the Pirates are grateful for being excluded from this year’s Christmas day games, the squad does have an early start compared to other teams when they next take on the Swamp Donkeys at the ANU Swamp followed by games in the 2013 Canberra Classic.