Although rusty in parts, the rogue rapscallions of the Pirates Basketball Club dominated their opponents from the Australian Catholic University (ACU), the outcome putting them in third place on the CMG ladder.

A gradual start by both teams saw them within a point of each other by the end of ten minutes play, the Pirates failing to convert some early opportunities at the hoop. 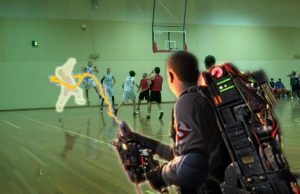 It wasn’t long before the Pirates did find the inside of the bucket putting on a solid ten points in the second period through some well worked plays and well executed passes that made it look all too easy for the scurvy sea devils.

Keeping their opponents to just six points over the next two quarters all but ensured a Pirates victory, turning their defence into attack with some bluntly applied pressure. The Saints were left dazed and demoralised as they struggled to find any headway into the Pirates half.

The one player for the Saints who did manage to pilot his way through the storm of pirate defenders was Aaron Tricehurst (12 points) who more on one occasion took the ball coast to coast for valuable points, weaving his way past multiple defenders in a fine display of dribbling skill. Were it not for Tricehurst, the Saints would have been decimated even further.

In the final quarter, the flood gates opened-up the Pirates capitalising on poor inbound passes and various violations to post 17 points from 5 different players.

Some highlights of the match included two massive blocks by Frank Fernandez and yet another by Francois Tricoire (7 points), an indie baseline reverse by Todd Gregory (4 points), some strong drives by Brett Butler (8 points), Kel Dulihanty (8 points) and Todd Gregory, and a sensational move into the paint by Tricoire that ended with points to Matt Dallwitz (2 points).

The Pirates next face the Raptors who have purchased or retained the services of most of the former Curtin Razors Basketball Club. There is little doubt that both fans and players are in for a tough battle when they meet 6:30pm at the Tuggeranong Treasure Dome. The game will also feature as a delayed telecast on channel 69 beginning at 10:30pm AEDT (1:30am ACDT).